Dubrovnik is one of the most prominent tourist destinations in the Mediterranean Sea, a seaport and the centre of Dubrovnik-Neretva County 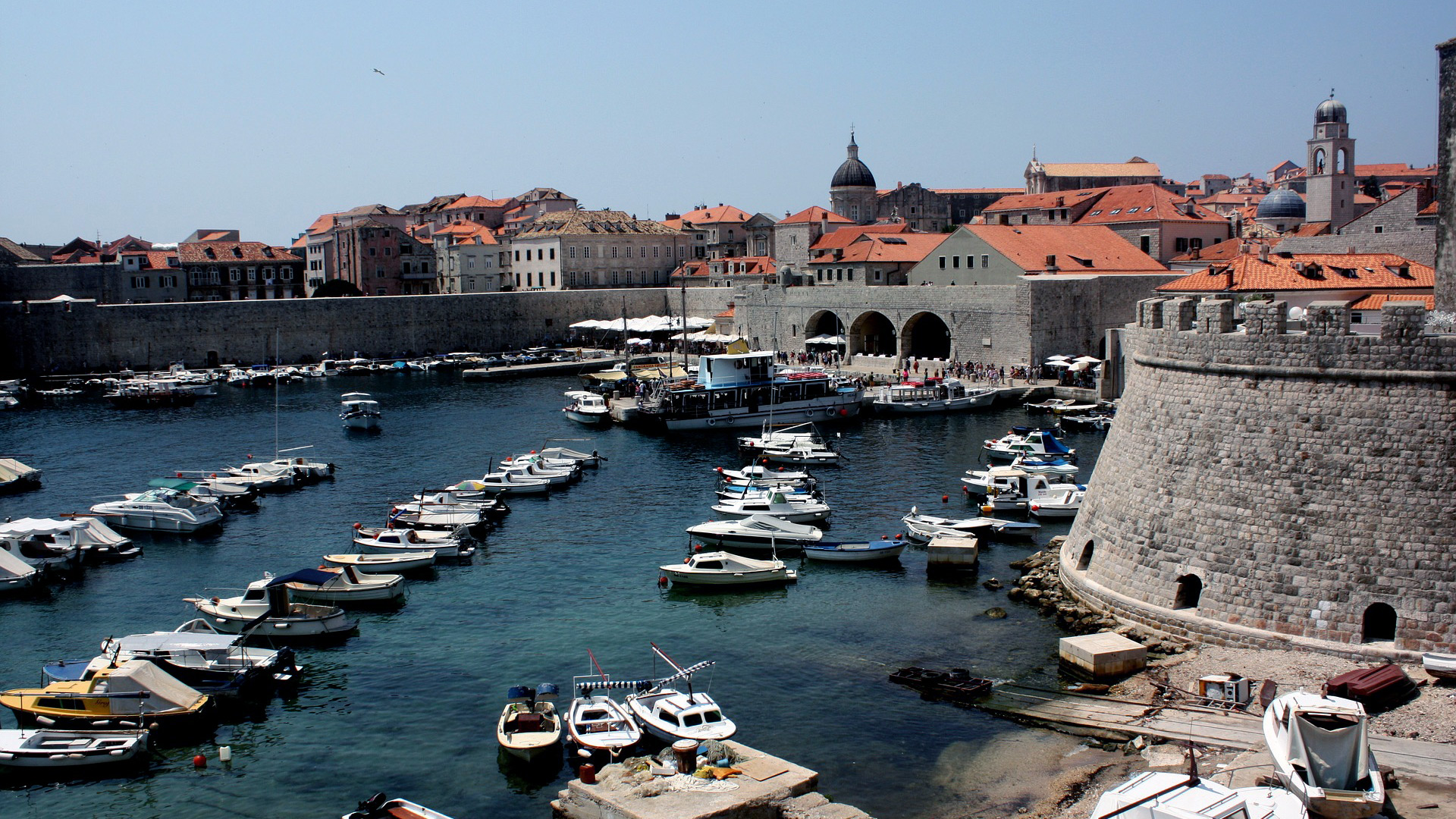 Dubrovnik is exceptional medieval stone walled city and one of Europe’s most sought after conference destinations, often referred as “the pearl of the Adriatic”. In 1979, the city of Dubrovnik joined the UNESCO list of World Heritage Sites.

Dubrovnik’s total population is 42,615 (from census in 2011). As the capital of the maritime Republic of Ragusa, it achieved a high level of development, particularly during the 15th and 16th centuries, as it became notable for its wealth and skilled diplomacy.

The patron saint of the city is Sveti Vlaho (Saint Blaise), whose statues are seen around the city. He has an importance for Dubrovnik similar to that of St. Mark the Evangelist to Venice.

A feature of Dubrovnik is its walls (1.1 million visitors in 2016) that run almost 2 kilometres (1.2 miles) around the city. The walls are 4 to 6 metres (13–20 feet) thick on the landward side but are much thinner on the seaward side. The system of turrets and towers were intended to protect the vulnerable city. The walls of Dubrovnik have also been a popular filming location for the fictional city of King's Landing in the HBO television series, Game of Thrones.

Few of Dubrovnik's Renaissance buildings survived the earthquake of 1667 but fortunately enough remained to give an idea of the city's architectural heritage, its palaces and 18 museums. The finest Renaissance highlight is the Sponza Palace which dates from the 16th century, as well as Rector's Palace. The St. Saviour Church is another remnant of the Renaissance period, next to the much-visited Franciscan Church and Monastery. Dubrovnik's most beloved church is St Blaise's church, built in the 18th century in honour of Dubrovnik's patron saint.

Dubrovnik's Baroque Cathedral was also built in the 18th century and houses an impressive Treasury with relics of Saint Blaise. The city's Dominican Monastery resembles a fortress on the outside but the interior contains an art museum and a Gothic-Romanesque church. The 31-metre-high (102 ft) bell tower, built in 1444, is one of the symbols of the free city state of Ragusa. It was built by the local architects Grubačević, Utišenović and Radončić. The brass face of the clock shows the phases of the moon. while two human bronze figures strike the bell every hour.

The Republic of Ragusa, as Dubrovnik was then named, erected in 1418 the statue of Roland (Ital. Orlando) as a symbol of city autonomy or independence. Its forearm was for a long time the unit of measure in Dubrovnik: one ell of Dubrovnik was equal to 51.2 cm (20.2 in).

Dubrovnik is a hometown to numerous Croatian artists and scientists, and the most notable among them is Ruđer Bošković (1711-1781), physicist, astronomer, mathematician and philosopher, diplomat and Jesuit priest. He produced a precursor of atomic theory and made many contributions to astronomy, including discovery of the absence of atmosphere on the Moon. In 1758, he published his famous work, “Theory of Natural philosophy derived to the single Law of forces which exist in Nature”, containing his atomic theory and his theory of forces.

More information on Dubrovnik could be found at Dubrovnik's Tourist Board website.